You are here:
news 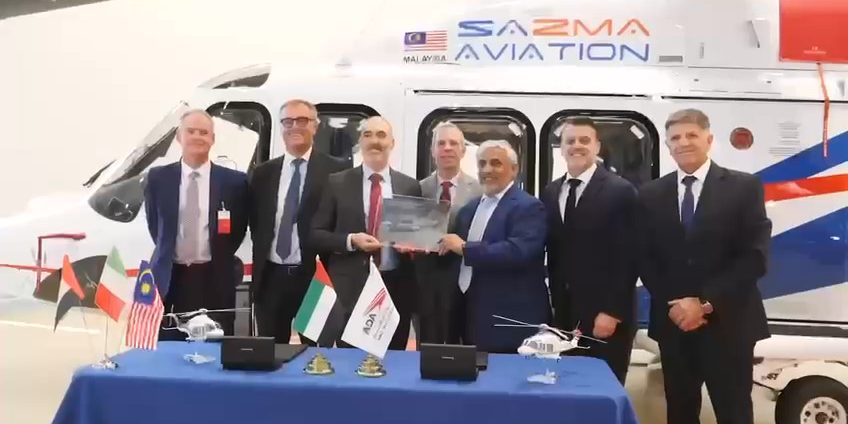 On September 27 2022, Abu Dhabi Aviation announced in a ceremony held in the Italian city of Milan, the delivery of a newly manufactured Leonardo AW139 aircraft to SAZMA Aviation, in addition to two aircraft that were previously delivered.

The news was covered by international media concerned with aviation and economic affairs.