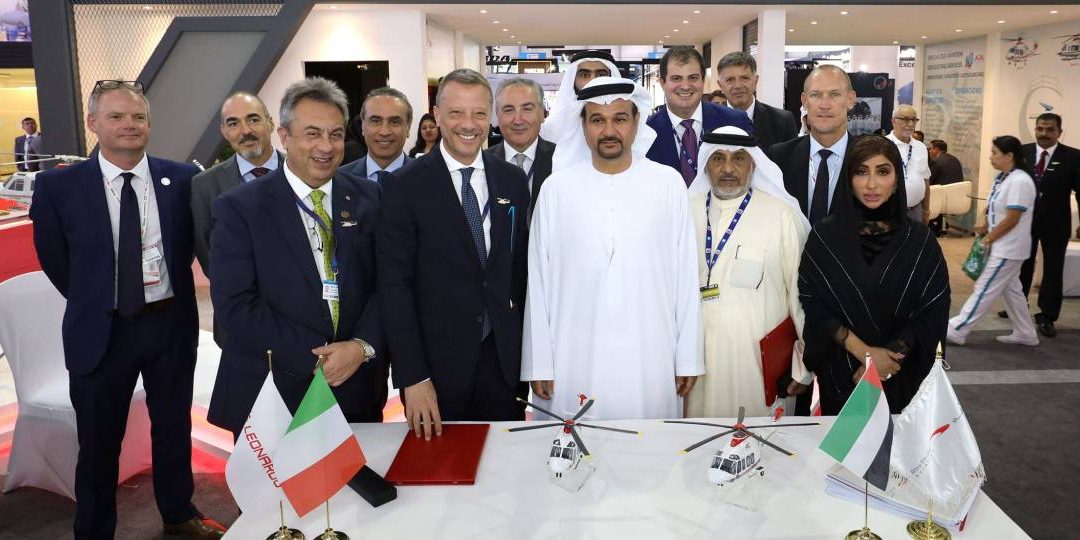 Commercial helicopter operator Abu Dhabi Aviation (ADA) is expanding its Leonardo fleet with contracts for three intermediate AW139s and two light-intermediate AW169s, the companies announced during the Dubai Airshow. Scheduled for delivery next year, the helicopters mark the addition of the AW169 to the ADA Leonardo fleet, which currently includes 16 AW139s that primarily support the oil-and-gas industry. ADA and Leonardo in 2015 reached an initial agreement that would see the operator take delivery of a range of Leonardo aircraft.

The additional helicopters will enable ADA to expand its services in the region, said H.E. Nader Ahmed Al Hammadi, ADA chairman. “This agreement has come to support the oil and gas industry inside and outside the UAE and to satisfy the transport, air-ambulance, and other needs,” he said. “It is in line with the company’s strategy to expand its fleet of new-generation aircraft in order to meet its customers’ needs, in light of the expected high demand in 2020.”

ADA’s contracts feed a growing order book for the AW169. Leonardo holds orders for more than 200 of the light twin.